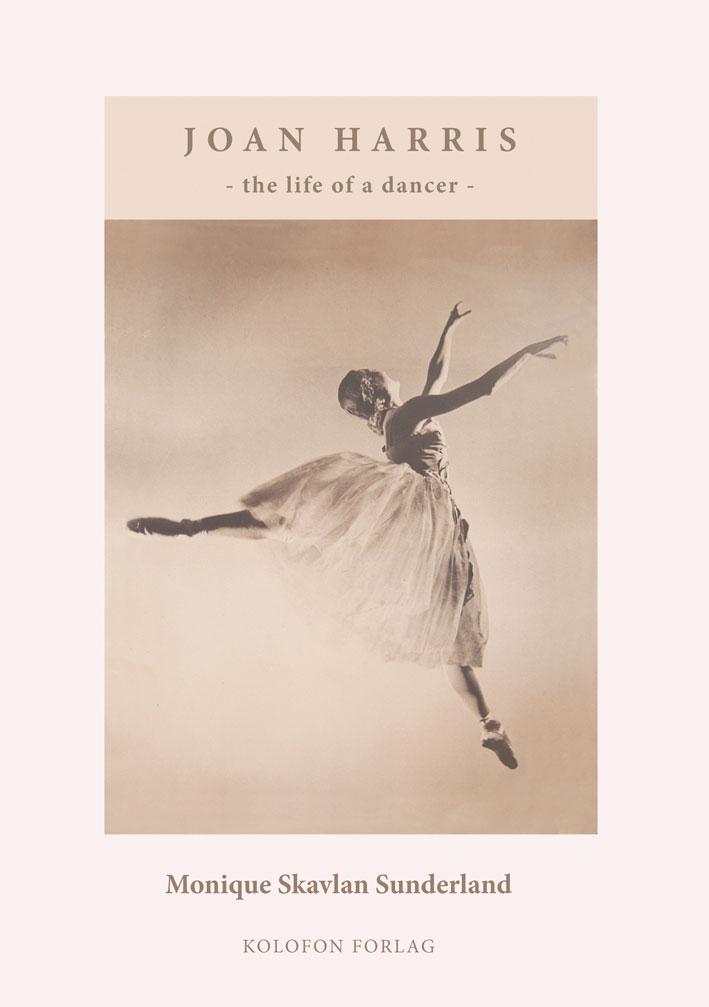 The life of a dancer

This book is about the life and career of the English born dancer, Joan Harris. She has had a most remarkable history working from a very early age in performances ranging from pantomime, musicals, film, and the classical repertory, later becoming ballet mistress, head of the ballet company at The Norwegian Opera House and eventually establishing the Norwegian Opera Ballet School - and to a certain extent as choreographer. She has been of vital importance to the evolution of dance in Norway. Joan, a very responsible, productive and ambitious lady, always demanded from others what she expected from herself.

Monique Skavlan Sunderland is a professor of modern dance. She studied dance at Egon Weng's Ballet School and The Norwegian Opera Ballet School with further studies in Paris, London and New York. She teaches at Oslo National Academy of the Arts (since 1979) and leads the BA Contemporary Dance Course (from 2004). Her teaching is influenced by the Martha Graham technique, emphasizing physicality and artistic skills with a parti.cular focus on music and dynamics. She has taught methodology at the Teacher's Program and choreographed for the Dance Academy's performances. For nearly four decades she has been a member of the audition jury. Her research work includes a variety of publications such as Modern Dance I, II and III in addition to editing CD's for modern dance classes in cooperation with musicians and composers. Her book, .Egon Weng, dancer, choreographer and dance teacher", was published in 2014. She has been member of several expert committees evaluating artistic competence. .In addition to her dance education she is a Bachelor of Law Monique is a former member of the Board of Oslo Academy of the Arts and The Norwegian Touring Theater (Riksteatret). From 1994-2014 she ran her own ballet school. She has received scholarships including Government Grants for Artists from Arts Council Norway.